Dan Smith, the leader singer of this band, named this group after Bastille Day, which is celebrated on his birthday. The band formed in 2010 in London, and has released two studio albums: “Bad Blood,” and an extended version of the first album, “All This Bad Blood,” along with numerous remix CD’s and EP’s. You’ve probably heard Bastille’s most popular single, “Pompeii.” (The video is super cool, too!)

If you listen to Imagine Dragons, Of Monsters and Men, or Walk The Moon, you’re guaranteed to love Bastille. I can’t wait to see them live in November. My favorite song by them right now is “Get Home.” Browse their YouTube Channel here! 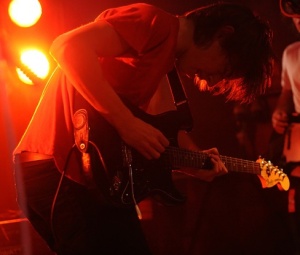 With two EP’s and four studio albums, Bombay Bicycle Club is gaining a loyal fanbase. If you listen to Foster The People or Little Comets (who I will be covering on my blog very soon!) you should check out this group. They were featured in the soundtrack for Twilight’s Eclipse. Check out the song, “How Can You Swallow So Much Sleep,” here.

I’m currently loving their song “Luna,” which you can listen to here. 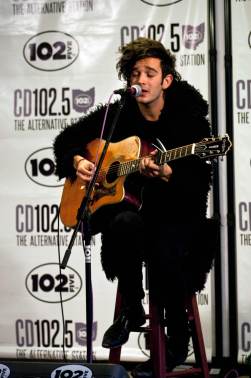 Matty Healy, Adam Hann, George Daniel and Ross MacDonald form The 1975, one of the most talented, and addicting bands of all time. Lately, I can’t seem to stop listening to them! I saw them live last year, and since then, I have been a loyal fan. I almost met Matty at one point–he walked right past me, but I was too chicken to stop and ask him for a picture. Next time!

This group has toured all over the world, and even played Coachella this year. The band currently has only one studio album out, but Matty recently tweeted that new music will be coming from the group on October 30th. (Not sure if that means new album or not, but definitely a new song or two!)

Do you listen to The Neighborhood or HAIM? Then check out The 1975 HERE. I love “Robbers,” “Heart Out,” and “Pressure.”

This super new indie band from Spokane, Washington, released their first EP “Place Of Our Residence” in June 2012, and since then, have released “Off My Chain.” You can check it out HERE! I recently visited Spokane, and someone suggested I listen to this band. I’m really glad I did! I love the live version of their single, “Off My Chain.” Their sound is so refreshing. If you listen to the band London Grammer, you might really enjoy Cathedral Pearls. Take a few minutes browsing their website and find out more about them! Click here.

I first discovered this band when their song, “Something Good Can Work,” was featured in the popular YouTube video, “Obama’s Victory Dance,” about two years ago.

Two Door Cinema Club is the kind of band you dance to alone in your room. 😉 Their fun, catchy singles are the perfect cure for a bad day. My favorites by them are “Do You Want It All?” and “This Is The Life.” I’d love to see them live one day!

Love Vampire Weekend or Arctic Monkeys? If so, you NEED to listen to this band! Check out their YouTube channel here, and their newest single here.

UO graduate working in radio/music promotions in Portland, OR. View all posts by sophersc