As 2019 comes to a close, I wanted to take a moment to reflect on the amazing artists I’ve had the privilege of seeing live this year. Bring on 2020!

My first concert of 2019 was a blast. Christo Bowman, lead singer, put on an incredible show, and my friend and I witnessed it all from the front row. The band played all of the crowd faves (“Cardiac Arrest,” “Salt,” and “Off She Goes” to name a few), plus exclusive material from their latest album, Mystic Truth, which had not yet been released. My favorite song to hear live was their 2017 single, “This Was a Home Once.” The iconic guitar intro and relatable lyrics made for a perfect sing-along moment. Another memorable moment was when Christo stood on the crowd mid-show. Mind-bending to witness, and incredible to experience from the barrier.

@christobowman STOOD on the crowd last night. (Swipe for the video!) Thanks for a killer show, @badsuns 🖤🎸

I mean…what can I say? Of course, this was my fave concert of 2019 by a long shot. The whole show was about 2 hours, but it felt like 2 minutes. Time flies when you’re ROCKIN’ out HARD to your fave band. The 1975 are incredible performers and surprise me every time I see them. This time, Matty belted his popular single, “Sincerity Is Scary,” while strolling on a treadmill set up on stage. This prop was meant to mimic the song’s music video. This tour focused more on graphics and stage lighting than the physical boxes that the band has included/emphasized in past tours. During their politically- charged single, “Love It If We Made It,” intense phrases and video clips of real-world issues flashed like strobe lights across the screen.

Nancy and Ann Wilson of Heart were two prominent voices of my childhood. “Love Alive” was on repeat every Saturday while my family did weekend house cleaning. Hearing that song live during this concert, which included Ann’s killer flute-playing skills, was pretty surreal. Plus, the band did their famous rendition of Led Zeppelin’s “Stairway to Heaven.” Check out my videos here. 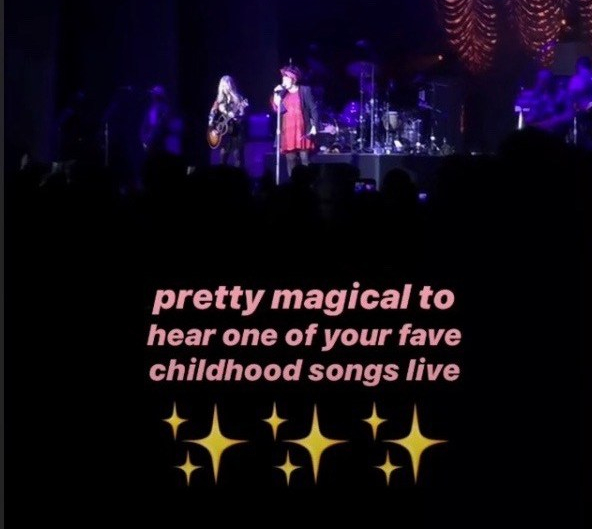 I’ve been following these talented Portland girls since the early days of I’m Alone, No You’re Not. I met them in 2016 when they were about to embark on a world tour with singer-songwriter James Bay, and they’ve blown up since then! This September concert, which was as small, acoustic show, was intimate and raw. Each of the girl’s voices shined through as they performed tracks from their latest record, Good Luck, Kid. Plus, they were just as sweet and friendly, 3 years later. 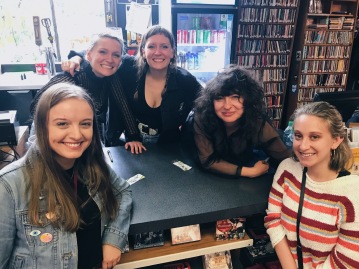 The most chill concert I’ve attended all year. The stage was set as if we were being  serenaded from the band’s living room, complete with blinds placed on each side of the stage that cast long, moody shadows. This was the first ever show where I was given a “press pass” as a music blogger! That aspect definitely made the experience even more magical. My favorite song to see live was “Bloom.”

Felt like I was being serenaded in a lovely lil living room. 🌻 Cool stage setup & stunning tunes. Thanks for the great show, @thepaperkites! 💛 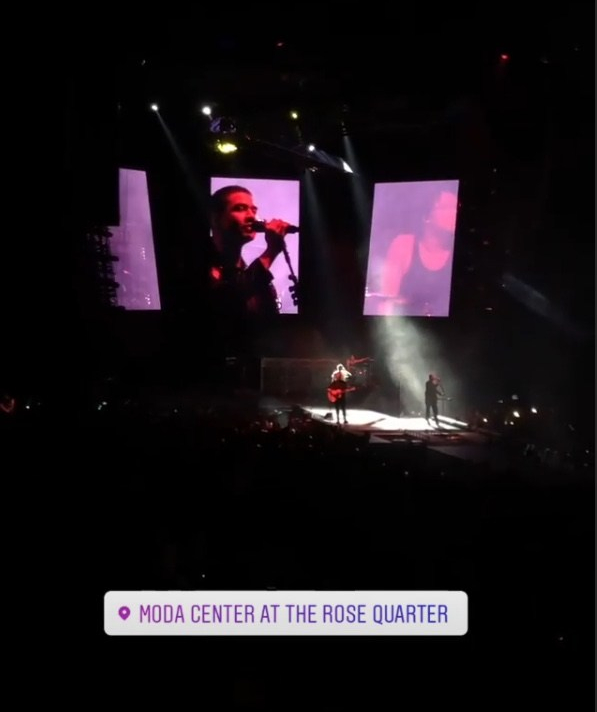 This concert was an unplanned, super fun, blast from the past. I was invited last minute to attend this show with my friend, which was actually a Chainsmokers concert with 5 Seconds of Summer as the opener. (We were there for 5SOS, obvi.) 5SOS, for those of you who are unfamiliar, were an insanely popular Australian boyband in 2014. In high school, my two best friends and I went to Seattle to see them, wore their merch, and followed them religiously on Twitter. Although they’ve died down in popularity since then, they’re still making great music. It was SO much fun to see them again, older, cuter (in my opinion) and still performing with so much energy on stage! Check out my videos of the show here.

Charlie Puth KILLED it. If you didn’t know, he’s gifted with perfect pitch, so his voice is as smooth as butter live and he can make any minor mistake seem intentional. Charlie introduced us to his adorable lab puppy, Charlie Jr., sung two of his hits, “Attention,” and “Mother,” and one Christmas carol during this small, acoustic show. It was a Charlie Puth Christmas! 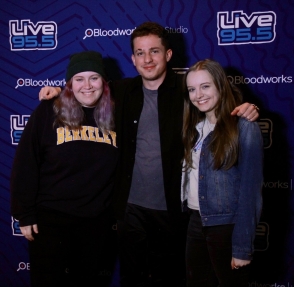 Dermot Kennedy: 1/10/20: I can’t wait to see a full-length Dermot concert! I’ve only seen him live once, which was a small show where he did about three songs. I’m looking forward to hearing the new tracks off his 2019 record, Without Fear.

Happy New Year, followers! I hope 2020 is filled with good music, loving friends/family, and new experiences. Even when things get hard, remember that you can always turn to music and the people it connects you to. 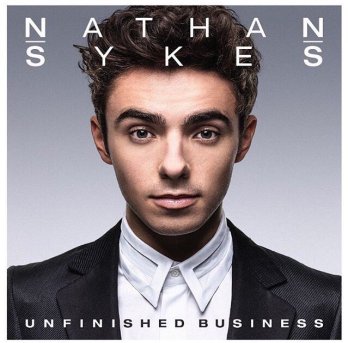 I’m so excited to finally write this post! Nathan Sykes has been a favorite of mine since I was thirteen years old and he was a part of my most favorite band at the time, The Wanted. I’ve so enjoyed watching him grow and evolve as a solo artist since then.

The Wanted were an Irish-British-pop band formed in 2010 made up of members Nathan Sykes, Siva Kaneswaran, Jay McGuiness, Max George, and Tom Parker. (I’ve been following this band since my love for them in middle school, so I don’t even need to research any of this information.) After five successful years, the band decided to take a break from making music together and pursue their own careers in various fields. Since then, all the boys have succeeded in one way or another–and for Nathan, his biggest accomplishment so far has been releasing his own, debut record.

Nathan has a unique vocal style that ranges from pop, R&B to soul-sounding. He never sings one song the same way each time, and his incredibly raw, natural talent really comes through in this record–he sounds exactly as he does in his live shows, which showcases rare, amazing talent. (I’ve seen him twice, and met him two different times.) Check out the live version of his single “Famous” below. (And if you want to see videos of Nathan singing live last summer in Portland & me chatting with him, click here.)

This album, “Unfinished Business,” is an incredibly strong debut. With a variety of songs ranging from ballads, electro-pop bangers, to jazzy, trumpet-filled anthems, this record has something for everyone. 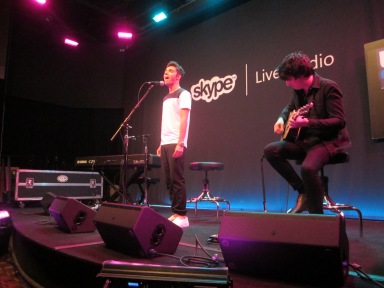 The first track on this album is a great introduction to Nathan’s new style–“Good Things Come To Those Who Wait.” This upbeat, trumpet-and-drum-infused tune features a choir accompanying Nathan, which sounds incredible. (Reminds me a bit of the style The 1975 have been incorporating into their new music–especially with songs like “If I Believe You.”) (Photo on right taken by me.)

A few of the most memorable tracks on this record are: “I’ll Remember You,” “Famous,” “There’s Only One Of You,” (this one is very John Mayer-esque), “Twist,” and “Tears In The Rain.” This new album also features a few familiar faces/voices such as rapper G-Eazy and singer-songwriter Ariana Grande. 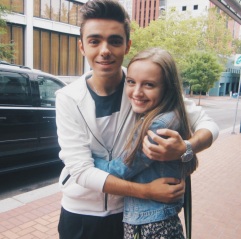 Nathan did a bit of touring last summer in the U.K. and U.S. to promote his upcoming album, and is planning to do another tour (most likely early next year) now that it’s released. I had the pleasure of chatting with him before his show in PDX last summer, and it was a pretty cool experience to discuss this record with him. (Plus, he’s just a funny and very sweet guy.) I tried to coax the title of the new album out of him before it had been announced, but he stubbornly refused, telling me that I “probably already know the name of the record and just don’t realize it.” 😉 Nathan also talked about how much this record means to him–he put his heart and soul into producing it, and has poured his memories and experiences into each and every song. This album is just as good as I hoped it would be. I  highly recommend checking out Nathan’s music if you’re into artists like Charlie Puth, Union J, or Olly Murs. (Picture on the left: me and Nathan!)

Nathan’s album is available on CD, vinyl, and through most streaming sites. Take a listen here!